Business Buzzwords You Should Stop Using

Because I am an editor, many things that people do to the English language irritate me. I especially loathe business speak. Example: Prior to obtaining buy-in from key stakeholders, it is important to build synergies in order to leverage content deliverables by proactively incentivizing a catalyst for a paradigm shift.

I hate everything about that sentence, but the worst thing is that it says almost nothing. The business world is good at saying a whole lot of nothing by favoring words that are vague and empty. Sometimes these words and their functions are entirely made up, and other times, perfectly good words get misused or overused. Here are some common offenders.


Incentivize. This word is totally unnecessary and totally ugly (as are many verbizations of nouns). Why not say "encourage" or "convince" or "provide incentive"? Not every noun is meant to be a verb.

Deliverables. When I hear this word, I picture mass-produced pizzas waiting to be delivered. Or Lunchables that someone delivers from the grocery store to your door. Instead, say what these things actually are: goals, results, products? 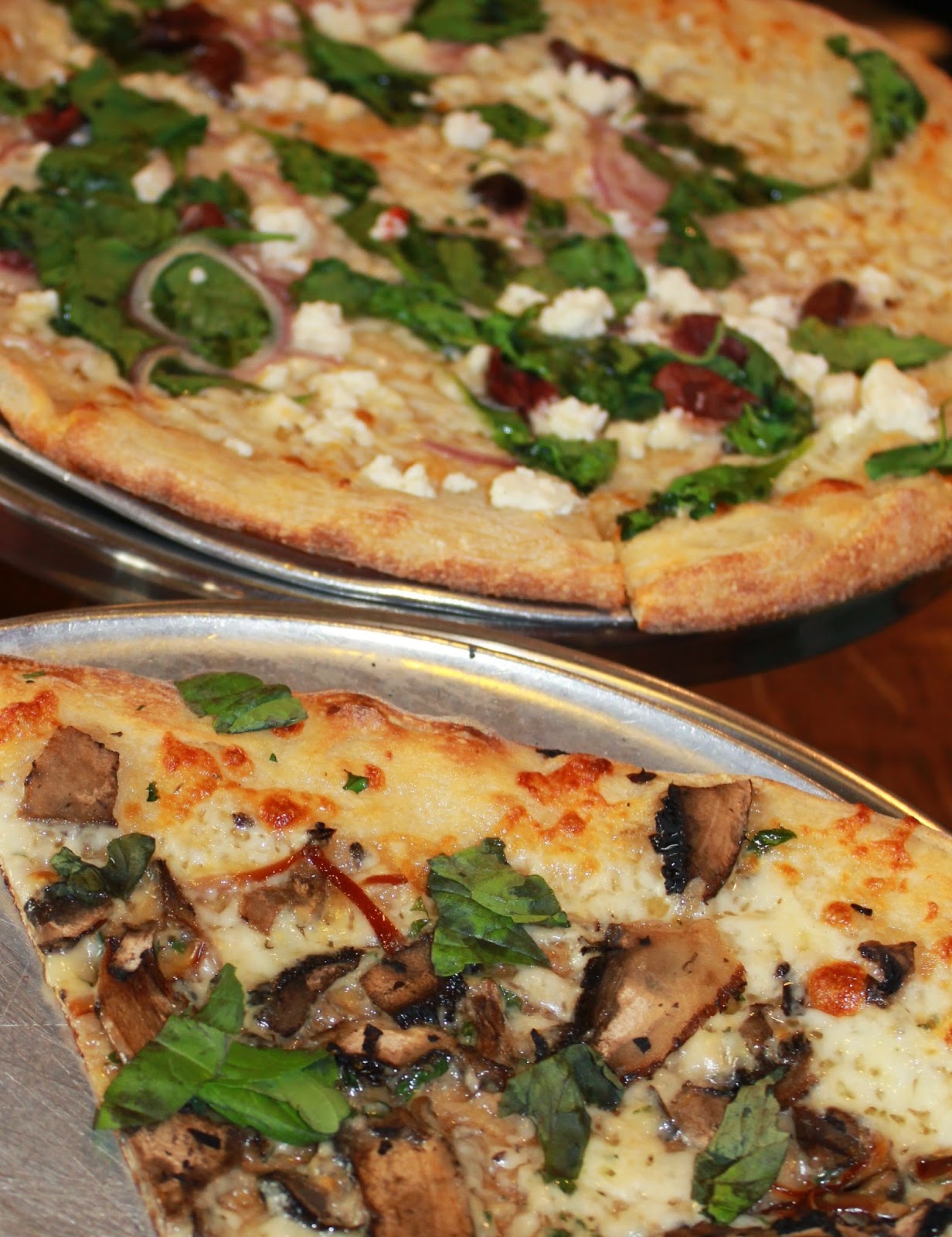 Utilize. My beef with this word goes way back. I have never liked it, because it means the same thing as "use," but people say it to sound smarter. (If you have never put the phrase "utilize my skills" on a cover letter or resume, I love you.) The Metro train operators in DC used to say "please utilize all doors" every single time they made an announcement encouraging people to spread out along the platform and not crowd the middle doors. One day after hearing it for years, I finally snapped and emailed the transit system. I explained that it was a poor word choice, especially because many of the people who need to understand that message are tourists who don't know much English--as well as people who live here but might not have a strong command of English. No beginning English learner is going to know the word "utilize." So I suggested that they say "use" instead. The person at the transit authority told me they'd bring up my suggestion at their next meeting, and they apparently did, because the train operators started saying "use" at least part of the time. Battle won!

Effective. For similar reasons, "effective" is kind of a throwaway word. It's fine in moderation, but it is overused. It just means "good." A more specific word would be better. When you say something is effective, maybe you actually mean it is efficient, successful, or forceful--and those are more meaningful words.

Functionality. No need for this word. How about functions or features?

Orientate. No. You mean orient. You get oriented in a new environment; you don't get orientated. You go to orientation.

Impactful. Yuck. Language purists will tell you that "impact" should be used only when you're talking about something physically hitting something else, like a car crash--it should not be used to mean affect or effect. But most people would disagree with that. Either way, "impactful" is just clunky. Instead, get more specific. Powerful, compelling, influential, revolutionary?

I know the business world is not going to let go of some of these words. But unless you are the one writing the annual report, let's talk and write to each other as if we are real people trying to communicate something--not just trying to string together a bunch of key words.

Posted by Allison Burtka at 1:51 PM No comments:

Back in the 1990s, when I decided to go to the University of Michigan, one of the reasons I chose it over other schools I was considering was its racial diversity. I knew at the time, although I couldn't quite articulate why, that I wanted to spend my four college years among a diverse mix of classmates.

Once I got to Ann Arbor and got immersed in classes that challenged me, I realized why. My favorite classes involved thought-provoking discussions with classmates and professors, especially when things got heated, and especially when I left thinking, "I've never thought of this in that way before." We were pushed to examine our own values and perspectives and step outside of our own experiences. I learned from and thrived on those discussions. (People who know me well will not be surprised that argumentative writing was one of my favorites.)

Those discussions were richer and more interesting when the group was diverse and you could see people confronting the limits of their own experience (mine included). For many people, college is a place to step out of your comfort zone and to be around people whose experiences and beliefs differ from yours--perhaps for the first time. It helped that Michigan was a large school that drew students from everywhere. For example, an average white kid from a rural small town might not have any racist or antigay tendencies but, before leaving home, may never have actually sat down and had a meaningful conversation with a black man, an Asian woman, or a lesbian.

For me, one eye-opener was being assigned a roommate who was more religious than anyone I had ever been close to before. I had to get used to her frequent outward demonstrations of her faith, and we had many conversations that helped me understand how her faith shaped almost everything she did--I had never talked to anyone so much about religion.

The conversation is enhanced when people in the room are coming from different places--including location, race, religion, sexual orientation, and economic background. If the class included a student who worked at the cafeteria to pay tuition as well as a student who went to Exeter, it would be a more robust discussion.

Research has shown that diverse teams outperform homogenous ones. This makes sense: Diverse team members bring different experiences they can draw from and different viewpoints they can use to frame an approach moving forward.

The University of Michigan aimed to raise the percentage of underrepresented minorities among its student population, and it succeeded. I benefited from having more than a "token" minority in each class. But that was before the school's affirmative action policies were challenged in Grutter v. Bollinger and Gratz v. Bollinger, and before the state of Michigan banned affirmative action in public education. Sometime in the next few months, the U.S. Supreme Court will decide whether that ban is constitutional.

Since I left Michigan, the enrollment of black students--a group that affirmative action targeted--has plummeted. Black students made up 8.9% of the student body in 1996 but only 4.8% in 2013. It saddens me to think that the people walking through the Diag at Michigan are noticeably less diverse than they were when I was a student--and that it may get even worse.

I understand the concerns of people who oppose affirmative action: that it's unfair to give underrepresented minorities "special" treatment. Leaving aside the fact that schools give special treatment for various other reasons--such as relation to alumni, which no one seems to be up in arms about--the point of affirmative action is to tip the scales into a balance that's good for the student body, not just to right historical wrongs.

The black population of the United States is about 13%, according to the 2012 census. But one of the best state schools in the country has only 4.8% black enrollment--what does that say? To some current students who want to see more underrepresented minorities at Michigan, it says that the school isn't doing enough. To me, it says the school has been hamstrung by limitations on how it can consider minority applications.

At the Supreme Court oral argument about the Michigan state ban last fall, Justice Sonia Sotomayor said the ban "was intended to bring back segregation, and appears to have done just that." Seven other states have similar affirmative action bans. And racial tension on college campuses is flaring up. I don't see this as moving forward.

Arthur Miller, a Michigan alum who wrote Death of a Salesman, said about the university: “It was, in short, the testing ground for all my prejudices, my beliefs, and my ignorance, and it helped to lay out the boundaries of my life. For me it had, above everything else, variety and freedom. It is probably the same today. If it is not, a tragedy is in the making.”

I'm afraid anti-affirmative action sentiment is moving us in the direction of that tragedy. The University of Michigan wants to have a diverse mix of students on its campus and wants to allow multiple viewpoints to enhance students' learning experience. Let it.
Posted by Allison Burtka at 2:27 PM No comments: