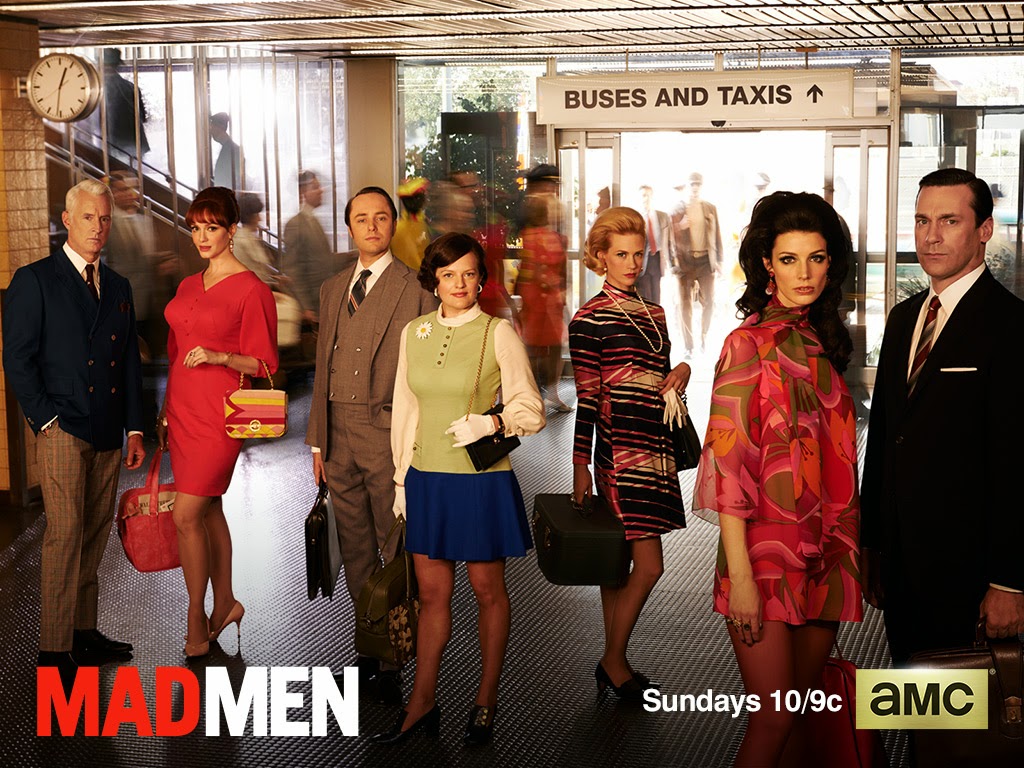 Now the midseason finale is over, and we have to wait until 2015 to see Don Draper again. The finale was beautiful--they made this one to keep us fans happy. We see the best of Don and Peggy and their relationship, and Roger delivers lines that only Roger can. (And I have to mention that the clothes were exquisite. I have never wanted dresses that both Peggy and Joan wore in the same episode.)

In previous posts, I've listed some words to live by from our SC&P buddies: See Lessons Learned, Part I (earlier seasons) and Part II (Season 7 pre-finale). Here is some advice you can take with you from the midseason finale.

When annoying people overstep their bounds, put them back in their place.
You're a hired hand. Get back to work!
-Jim to Lou

Stick up for people who are going through a rough time.
That is a very sensitive piece of horseflesh. He shouldn't be rattled!
-Pete about Don

Jerks can always be bought.
It's a lot of money!
-Jim Cutler

Other people can be bought, too.
Don: How did you get in here?
Roger: Money.

Try to pick up on subtle cues.
Every time an old man starts talking about Napoleon, you know they’re gonna die.
-Roger

When you sense that people are bullshitting, call them out on it.
Don: No one knows about this? [holding his letter]
Joan: I saw it.
Don: Then why did you ask what's going on?!

People love to commiserate.
Marriage is a racket!
-Pete to Don

Sometimes, things are going to look difficult, and you're going to need to take a deep breath.
I have to talk to people who just touched the face of God about hamburgers!